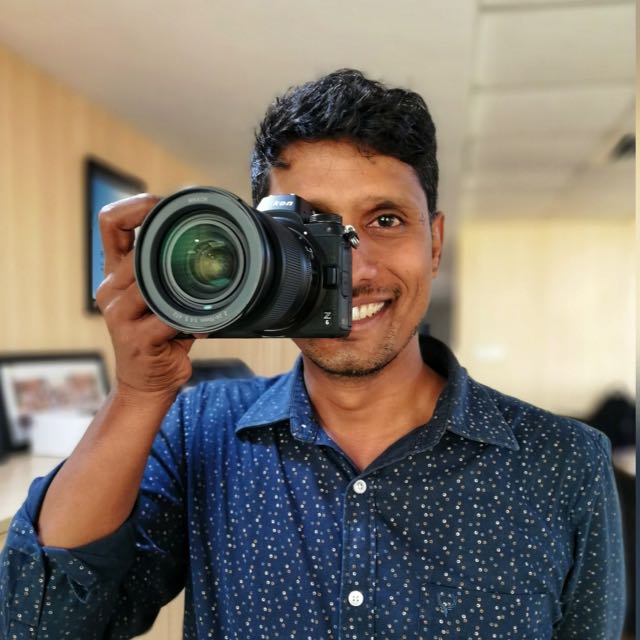 BIO:
Perumal Venkatesan is a people photographer and creative entrepreneur based in Bangalore, India. In 2018, he won the prestigious Sahapedia Frames Grant, as one of the 25 photographers from across India, and documenting the Inscription Stones of Bengaluru. He is currently collaborating on a book project named Discovering Bangalore, published by INTACH. His photography works have been published in various Indian and international media and has also been exhibited at art galleries across India. Currently, he is with Nikon School India as a photography mentor for Karnataka region and has mentored more than 4500 budding photographers in the last 5 years. He is a photo walk buff with close to 450 photo walks executed in Bangalore and across India. He is proud to have facilitated and published two Coffee Table books, The Tour of Nilgiris (2009) and Frames of My City (2012), made a short film on Bangalore Lakes called The Bangalore Lake Diaries (2013) and published 2 sets of Post Cards named Portraits of Bangalore (2009) and Palace 2 Palace (2017).
Awards & Recognitions:

• The Beauty & The Grit Dance Photography Workshop by STEM dance Kampni in association with JAAGA, mentored by the International dance artistes Roy Campbell-Moore and Ann Sholem.

• Named by Timeout Bengaluru (a global lifestyle magazine as "One of the 13 local heroes for culture in Bangalore", for his contribution to photography.