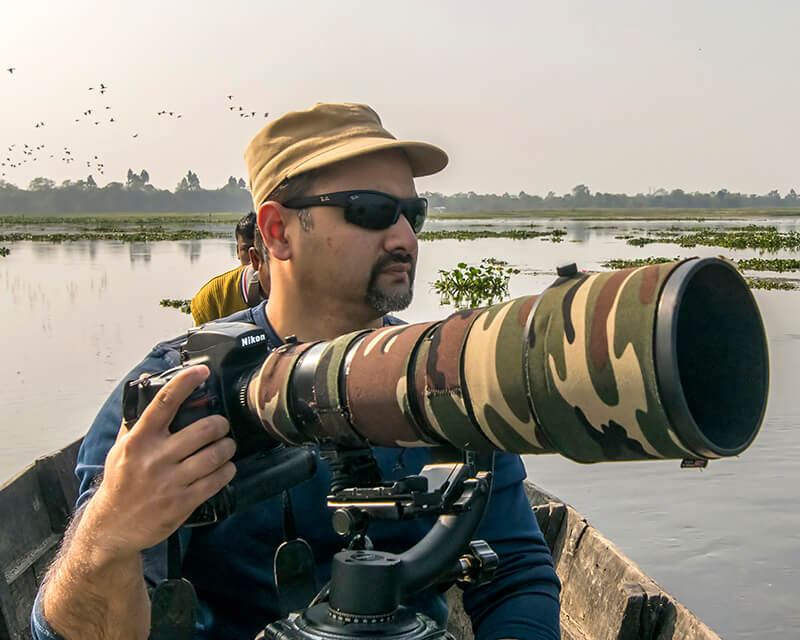 Udayan Borthakur is a wildlife biologist by profession with a specialization in conservation genetics. He is currently working with Aaranyak, a Guwahati based scientific research organization for nature conservation in Eastern India. He has 15 years of research experience and have previously worked in places like University of Chicago, USA, Wild-life Institute of India and Bombay Natural History Society. He has been an avid wildlife photographer for the past 15 years and his photography work can be seen on his website as well as in the form of publications in several magazines, books and reports of national and international repute. His wildlife photography work as an explorer is large contribution to the documentation of rich biodiversity in Northeast India. He has authored and published a coffee-table book on the Hollongapar Gibbon Wildlife Sanctuary in Assam, based on his decade long photography work in the area. Udayan is also into wildlife filmmaking and his first documentary film ‘Legends of Hollongapar’ received accolades and recognition at both national and international level.

NEXT
Matrishva B. Vyas