THE IMPORTANCE OF TRIPODS 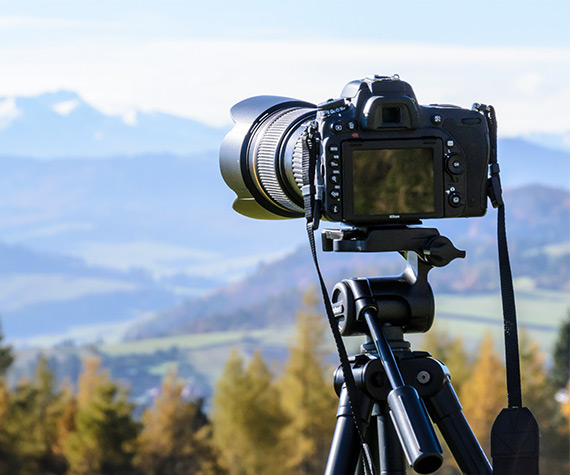 When light goes down, photographers frown. Not the best poetry perhaps, but the truth nevertheless. Thankfully, three legged contraptions called tripods have been there almost since the birth of photography to support the cameras. In today's world of D-SLRs with extreme high ISO capabilities, many think that tripods are not that essential. However, any landscape, interior and wildlife photographer would tell you the importance of having a tripod with you, regardless of your genre of photography.

Often, a tripod is among the first equipment you should add to your kit after buying your DSLR and first few lenses. Following are a few reasons why you must have a good tripod in your kit.

This one is obvious. Low light means the shutter has to be opened longer to allow more light to pass through for a correct exposure. If exposures are longer than 1/15th second with kit or standard lenses, a tripod has to be used to avoid camera shake. The other option is to use a high ISO but, as every step of ISO increase brings about a deterioration in image quality, a tripod is a much better option.

Some lenses are heavy due to their large apertures and multiple elements. The prime telephotos and some zooms tend to be the heaviest. A tripod (or even a monopod) is very useful to support the weight of these lenses and to stabilise the image at relatively slower shutter speeds. Ideally a lens should be used with a shutter speed of at least the reciprocal of its focal length to be stable. So, for a 400mm lens, the stable shutter speed would be 1/400 sec, so a tripod would be very handy if you are shooting at 1/250 or 1/125.

Time lapses and HDRs need the camera to be at the stationery position so that the frame remains absolutely the same. A tripod is essential to getting perfect HDRs and time-lapses.

Sometimes, you need to shoot from weird angles or from points simply not possible for you to shoot from. Like from a height of a couple of feet above you, or an extremely low angle. Many modern tripods allow you to extend their height a few feet above the average person, and also to go down to almost ground level. Once set, you can go on shooting from these angles using a remote.

Some tripods also allow the camera to be attached to the central column in such a way that allows you to go very close to the subject. This is very useful for macro shooting.

Group photographs and self portraits

Yes, the age old group image cannot be thought without a tripod, if the photographer wants to be in it. Tripods also allow you to set up a shot and be in it if no-one's around to hold the camera.

Hope you're convinced you need a tripod if you do not have one already. Go get a good one now!